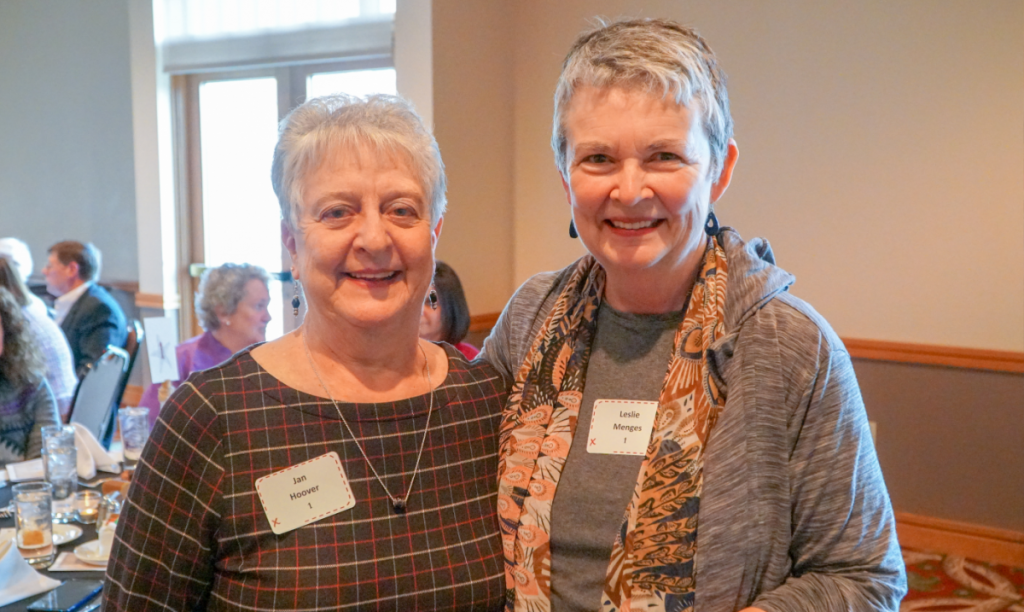 On April 10, SourcePoint honored more than 300 volunteers at its annual volunteer appreciation dinner. The dinner, presented by OhioHealth, celebrated the achievements and contributions of SourcePoint’s dedicated pool of volunteers, which grows in number each year.

“Last year alone, our volunteers contributed nearly 62,000 hours of service,” said Bob Horrocks, SourcePoint’s executive director. “They volunteer their time and talent in every aspect of our organization, from serving meals to driving clients to medical appointments to teaching a class in the enrichment center. We are grateful for their dedication and support.”

To learn about the dozens of volunteer opportunities available at SourcePoint, go to MySourcePoint.org/volunteer or call Volunteer Recruiter Jill Smith at 740-203-2368.